In our final week of exploring the backgrounds of some of Phoenix’s premiere Black leaders, we introduce Mary Black and Dr. Warren Stewart, Sr. 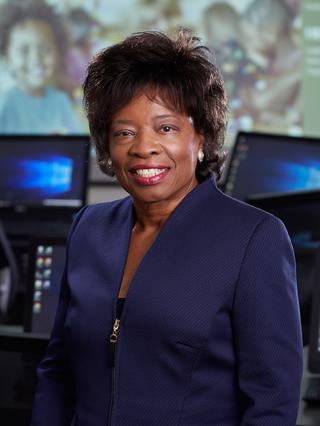 In her early career at Child Protective Services, Mary was made aware of the large disparity in the availability of foster and adoptive homes for Black children. She established a state program for placing Black children, and later founded the Arizona Minority Child Network to create a forum for social workers to improve social services for children.

That wasn’t enough for Mary, and in 1984 she took a career risk and began work on what would become BFCS. That risk was rewarded for Mary. Since its founding with 3 employees, BFCS has now placed thousands of children in foster and adoptive homes, provides adult substance abuse counseling, child and family therapy, after school programs, and services to help at-risk youths prevent gang violence, pregnancy and substance abuse and serves a racially and ethnically diverse population in Phoenix

Among the many honors awarded to Mary throughout her career, she was named one of the Top 50 Most Powerful Activists in Phoenix by PHOENIX magazine and one of The Phoenix Area’s Most Influential Women in Business by Today’s Arizona Woman magazine.

“If you have integrity, people will follow.” – Mary Black  ​

For the almost 44 years that Dr. Warren Stewart Sr. has led the First institutional Baptist Church, he has acquired a reputation as a living legend, campaigning for a range of causes from immigration reform to ending police brutality. In times of crisis or need, it is guaranteed that Dr. Stewart will be called upon as a spokesperson and champion on behalf of the religious and Black communities in Phoenix.

Most recently, he has used his platform to encourage communities of color to embrace the Coronavirus vaccine amid justifiable widespread distrust of the medical establishment. He served as a poll chaplain on Election Day aiming to keep peace and curb voter intimidation at polling places. He was also called upon by Governor Ducey during the Black Lives Matter protests last summer to organize a discussion among faith leaders about the Governor’s handling of the protests.

Dr. Stewart has been acknowledged and awarded many times for his contributions to Phoenix, including the Calvin C. Goode Lifetime Achievement award.